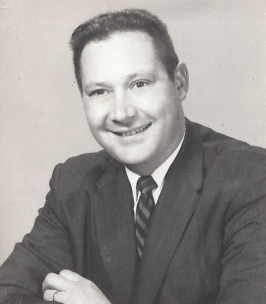 Erwin Fedkenheuer, age 90, of Carlstadt, passed away on Monday, March 21, 2022. Erwin was born in Jersey City and moved to Carlstadt with his family in 1945. He graduated from Carlstadt Public School, East Rutherford High School, and Fairleigh Dickinson College in 1953 where he received a BS degree in Industrial Engineering and a BS degree in Business Administration in 1963. He was a Korean War veteran. He served on the Zoning Board of Adjustment for 12 years and was the Chairman of the Carlstadt Planning Board since its inception as of June 21, 1961 to the present. He was the Secretary of the Carlstadt Sewerage Authority for four years and was President and Chairman of the Carlstadt Board of Education for nine years. He was a coach for 25 years for the Carlstadt Little League. He was the owner and operator of Erfed Corp. Dining Car Company. He is survived by the love of his life Dorothy (nee Benner) for 68 years. Devoted father to three sons, Carl and his wife Janice of Florida, Paul and his partner Paul of Clifton and Glenn and his wife Lori of Parsippany. Loving grandfather of Michael, Kevin and his wife Kellie, Leigh Ann and Daniel. Erwin was a member of Immanuel Lutheran Church of East Rutherford and served as a Deacon and Trustee for many years. He loved football and the Giants. A Funeral Service will be held at the Kimak Funeral Home, 425 Broad Street, Carlstadt on Friday, April 1, 2022 at 10:00 AM. Interment Berry Lawn Cemetery, Carlstadt. Visitation Thursday, March 31, 2022 from 4-8 PM.