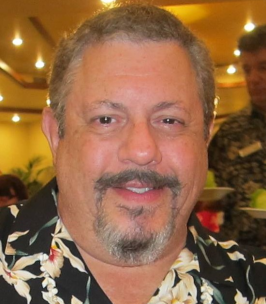 John D. Zoidis, MD 63, of East Rutherford, New Jersey passed away peacefully in his sleep at home on March 29, 2022. John was born in Bronx, New York to John and Margaret (Barbato) and raised in Pelham Manor, New York. He previously lived in New Rochelle, New York and Fairfield, Connecticut before moving to East Rutherford in 2013. After graduating Pelham Memorial High School, John attended Fairfield University and St. George’s University School of Medicine in Grenada.
John left medical practice in the early 1990s to begin work at several pharmaceutical companies in medical information. At the time of his passing, John was Associate Director Medical Communications at LEO Pharma of Denmark at their offices in Madison, New Jersey focusing on dermatology medications. He had previous positions at several companies such as Novartis and Bayer with a concentration on oncology and dermatology drugs.
Dr. Zoidis had a passion for music, especially The Beatles and the solo careers of the group’s members. He enjoyed playing the rhythm guitar with his former bandmates in the A2Z Band of New Rochelle. John could often be found at the beach or on the water. He was a former member of the Coast Guard Auxiliary.
Pre-deceased by his parents, John is survived by his partner Rick Ardis, his sister Ann Zoidis-Bishop (Charles) and many cousins and close friends.
A Funeral Mass will be held on Saturday, April 30, 2022 at St. Joseph RC Church, 280 Washington Avenue, New Rochelle, New York at 10:30 AM. Interment of ashes will take place afterwards at 12:00 Noon at St. Mary’s-Putnam Cemetery, 399 North Street, Greenwich, Connecticut. Following the graveside service, a 1:00 PM Tribute Luncheon will celebrate John’s life and memory at Juliano’s Caterers, 700 Main Street, New Rochelle, New York.
In honor of John’s work with oncology drugs and remembrance of family who passed from cancer, a memorial fund supporting cancer research with the John Theurer Cancer Center at Hackensack University Medical Center has been created. http://give.hackensackmeridianhealth.org/site/TR?px=1880106&fr_id=1771&pg=personal