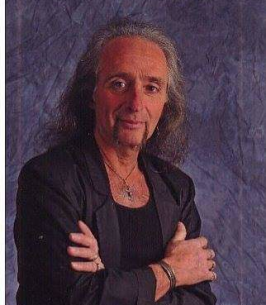 Stephen “Spider” Anzalone of Rutherford passed away peacefully February 16th with his beloved wife Laura and his 2 dogs, Mr. Peabody and Josie Mae by his side. Spider is survived by his sister Lynn Anzalone Schillaci and many nieces, nephews, grand nieces and nephews and all the friends he made over the years.
Spider was a well known bass guitarist on the New Jersey music scene for decades. He played with several different bands over the years and opened up for well known acts such as Black Sabbath. He was the bassist, singer, and composer for his namesake band Spider which had many different versions over the years. With the last incarnation of the band he enjoyed playing gigs and "Reliving his Misspent Youth" with his bandmates Dan D'Amore, John Knighton, and John Mezzian.
By day Spider was a Contractor and installed many kitchens, and bathrooms all over Bergen County and immensely enjoyed his work and the relationships he built with the families he worked for.
Spider lived a full life traveling with his wife Laura (his beloved Howie) and spending time with friends drinking tequila and smoking cigars. His personality was larger than life and he loved nothing more than a good laugh. He will be truly missed by all the people that knew him. A Celebration of Life is being planned for a later date in his honor.
In lieu of flowers a fundraising page has been set up on the Memorial Sloan Kettering Website. giving.mskcc.org please look for the honorary fundraising page for Stephen Anzalone.
Arrangements by Kimak Funeral Home, Carlstadt.